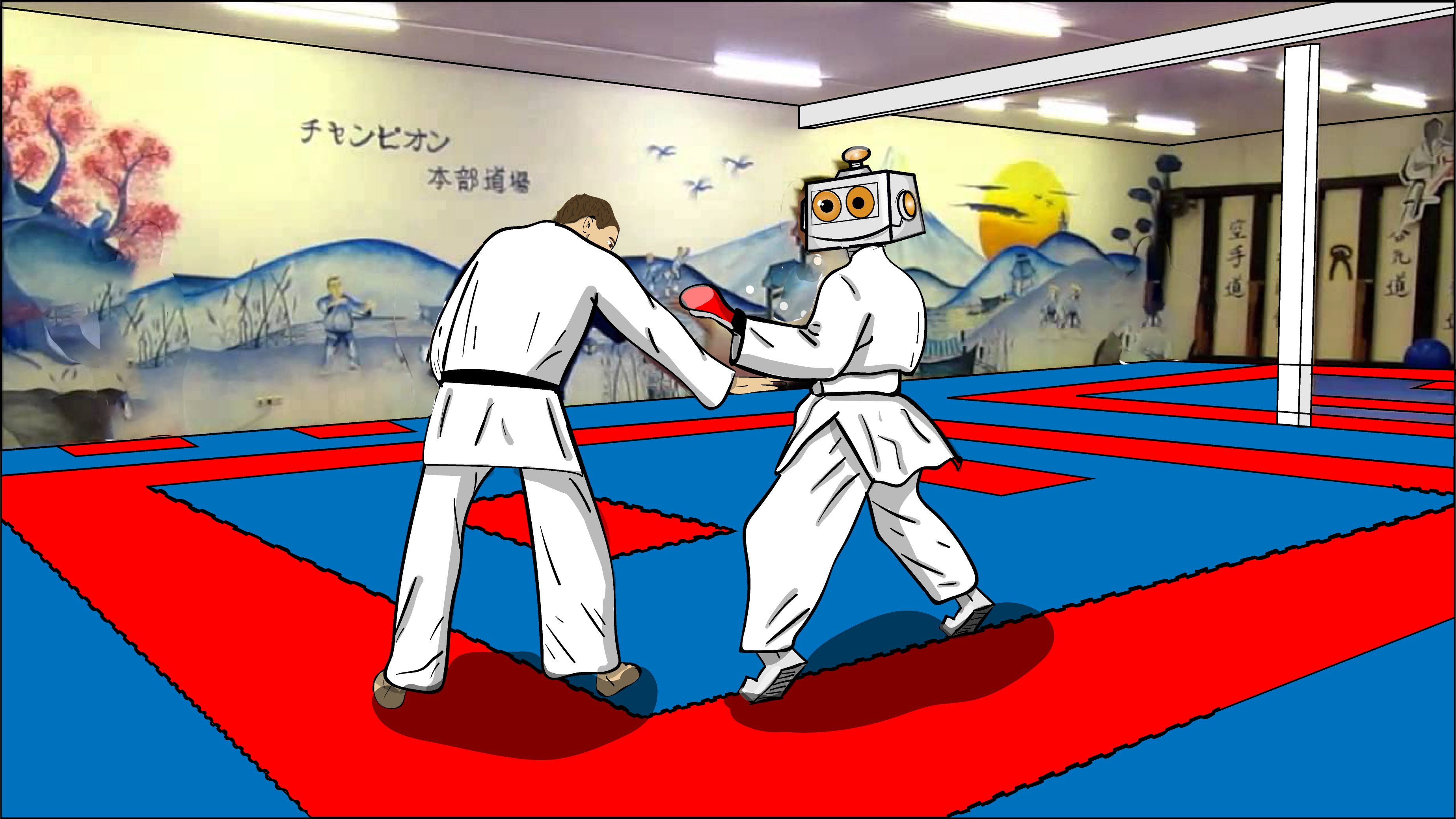 Kokoro, carried away by his energy detector, travelled nonstop, looking for a Dojo and a Sensei who could convey his 2nd great lesson…

The trip was very hard and long, and with no stops along the way. When he finally arrived at the place where he felt was right, his battery level was 15%.

In front of him was a large Dojo. The door opened and a Sensei greeted him, saying:

J.Lefevre: Kokoro, I was waiting for you, my name is Junior Lefevre! Come in, you must be tired from traveling.

Kokoro: Oss! Sensei, thank you very much for taking me – I’m not that tired so I would like to start practicing!!

So said and so done!, Our robot joined the class that was about to begin, and in his head he remembered the words of his Japanese Master who told him not to boast his qualities as a robot, so, he trained adapting himself to the group perfectly…

The level of training of Dojo Champions was very high and Kokoro was at a high level and excited about everything he was learning! But his battery level kept dropping…

Until he suddenly fell to the ground and switched off in front of the surprised look of his new colleagues.

The sensei Junior Lefevre realized it must be the accumulated fatigue of the trip, so he took him into a room where he could sleep and recover…

Kokoro woke up from his long sleep and when he opened his eyes, he saw the Sensei watching him.

J. Lefevre: Kokoro a real Karateka, never lets tiredness beat him … We all have an inside source that feed us with that we are missing… it is called spirit. Remember that a Karate expert never gives up, he uses that immense energy source inside himself.

Kokoro: Oss Sensei! I’ll try as many times as it takes to be able to find that inner strength, let’s start!

In the next session, our robot gave himself completely to his demanding training in the Dojo Champions and after several hours … when he got to 1%…..

Junior Lefevre: Kokoro now they believe in you, look inside yourself!!

So Kokoro increased his intensity and to his own surprise and his colleagues, his battery level, went up to 2%!!

At that moment, Sensei Lefevre took out a parchment and said:

J. Lefevre: Kokoro!! That source is your second big lesson!! The SPIRIT OF ENDEAVOUR!! (or EFFORT) 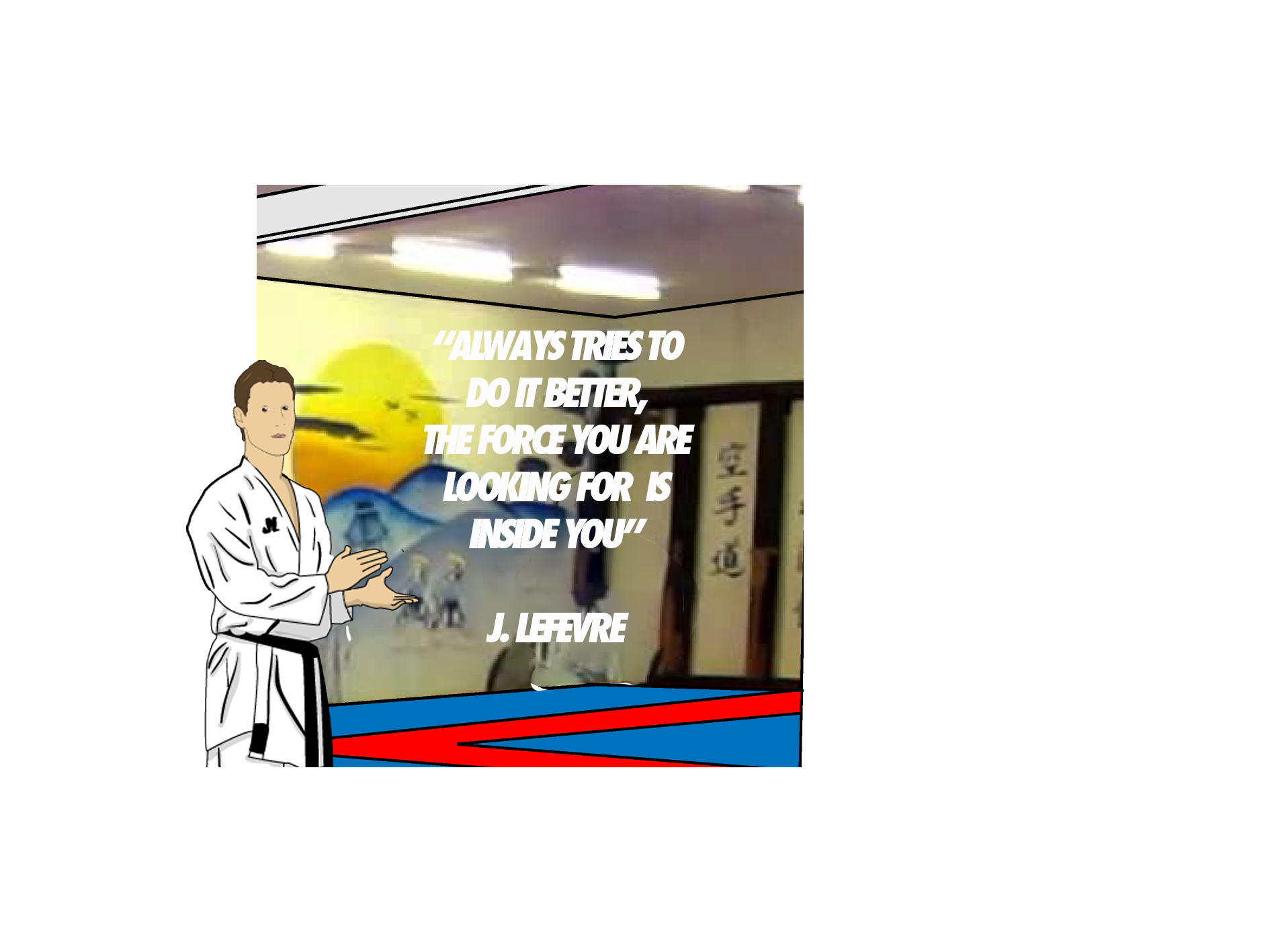 Kokoro: Thank you Sensei Lefevre! to you, to your Dojo Champions and to all the karatekas. And to CIKA, without your help I would never have found that inner power source called SPIRIT. It is stronger than any battery that has ever been charged!! I will always carry you all with me!!

And once again he started on his way to find his 3rd great lesson. He was full of curiosity, about where, who or what he would find…