Like every year, the Yoshimita factory was running at full capacity producing industrial material.

It was located at the top of a small Japanese hill at the bottom of the Kyoto mountain. But, one afternoon, during a powerful electrical storm, the factory was hit by a bolt of lightning, and was never the same again.

One of the robots in the assembly line was struck by that ray of lightning and stopped working. 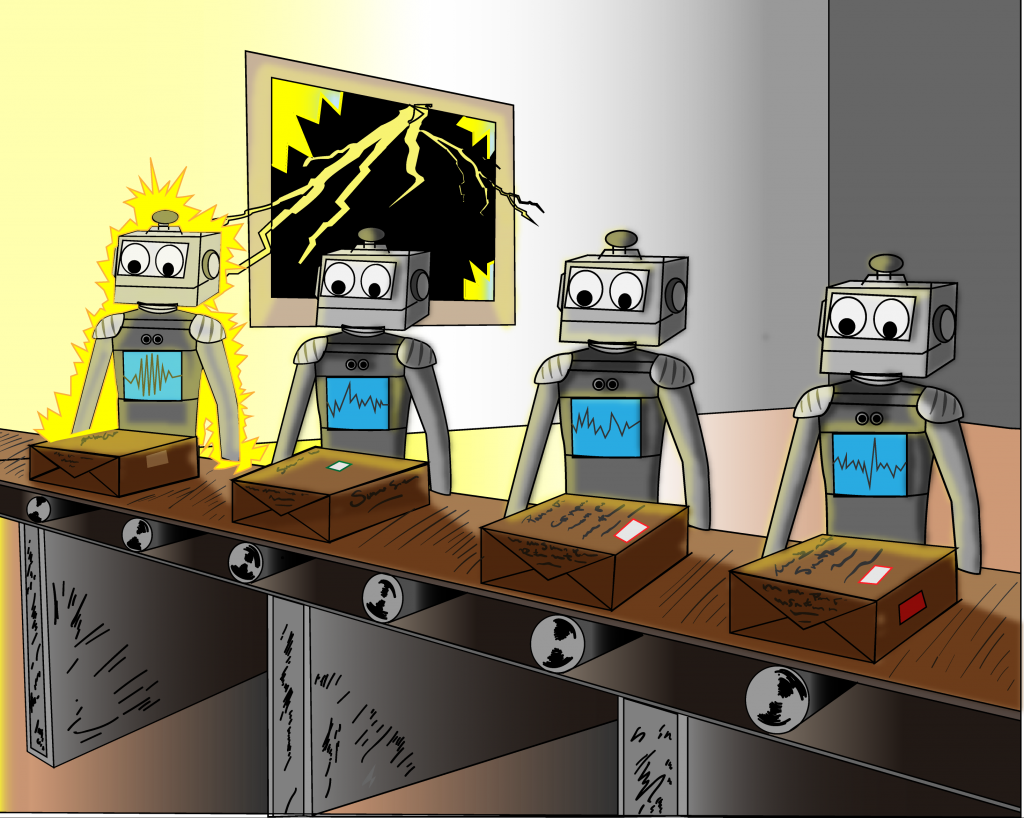 After several minutes, it restarted. Its mechanical inner structure had been modified, he’d turned orange, and some of its internal parts had been altered. He began to… 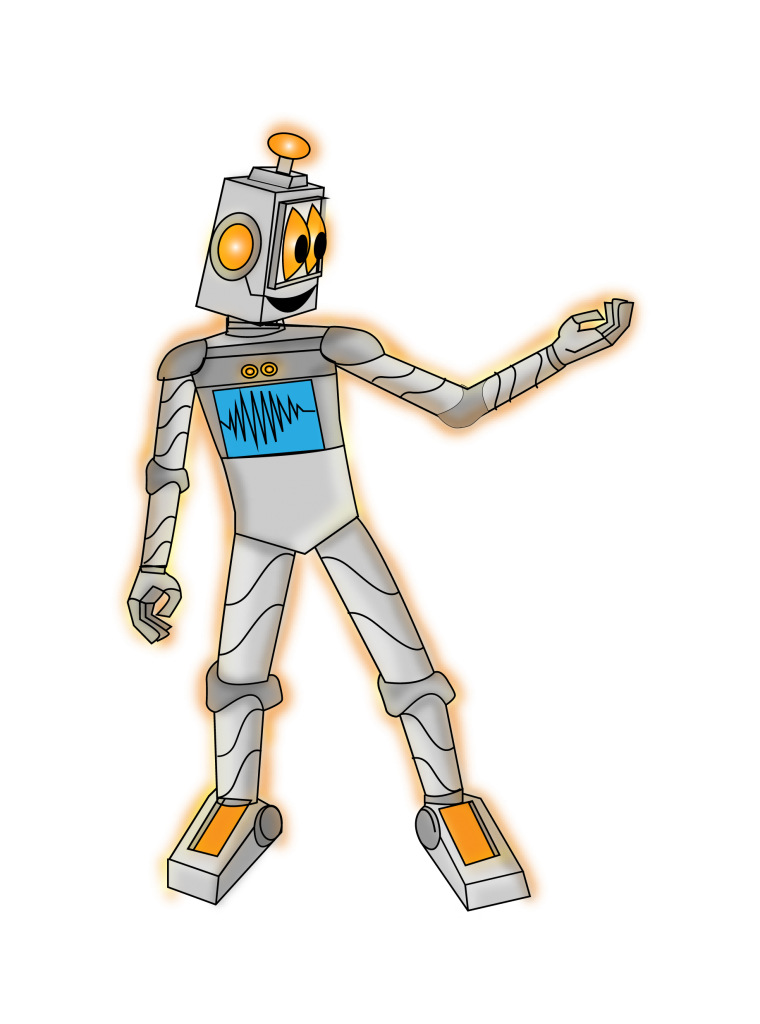 It began observing its surroundings and looking through the window outside of the factory. It felt complete and happy as it admired the landscape, the birds… but it was most curious about a small Japanese house surrounded by cherry trees. 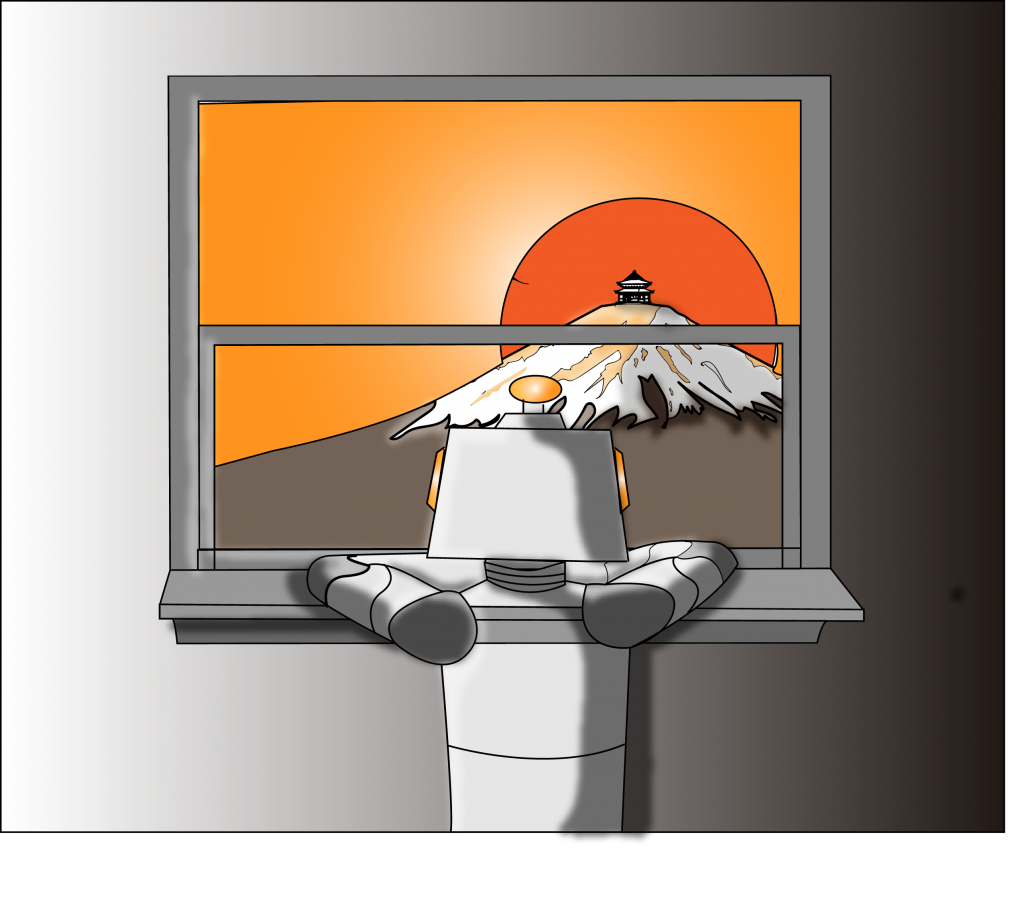 But when the owners of the factory found out it spent its time looking out the window instead of performing its robotic duties, they thought it was broken and figured they ought to dismantle it, having become a big problem for them.

Using its robotic zoom for a closer look into the little house, it identified some kanjis on its door:

Looking through its database, the robot managed to find and store in its memory all the theory, techniques and styles of this particular martial art in record time.

It was thoroughly fascinated by that martial art, but its happiness was short lived after it found out it was to be dismantled the following day due to its malfunctioning. So, that same night, it escaped from the factory and decided to face a strange new world full of danger.

Near the factory, there was a scrapyard for robots that no longer worked. It hid there for weeks, withstanding the cold, the rain and the wind… hoping it wouldn’t be found.

Each day it wished they’d stop looking for it until, one day, the robot shut down.

Then, something incredible happened. During the time it had been turned off, it had dreamed for the first time. In its dream, the robot saw itself wearing the white attire, called kimono, and that it had become a great Karate-bot.

When it woke up the robot realized that it was able to recharge just on pure joy and that weird thing they called ‘dreams’. It woke up determined to become that which it had dreamed of.

He timidly approached the door to the small house and, upon knocking, Sensei (the Dojo’s guide and master) opened the door and told him: “Come in if you wish to do so. This will be your Dojo.” Grateful, the robot stepped in and observed the lessons. Through its sensors, it perceived unmatched energy levels. After a while, it was invited to participate in the lessons without a kimono, but thanks to its robotic abilities he turned into an invincible machine.

It wished to show the Sensei it was worthy of a Kimono and a black belt, given its robotic qualities and being able to take advantage of its unique disposition. 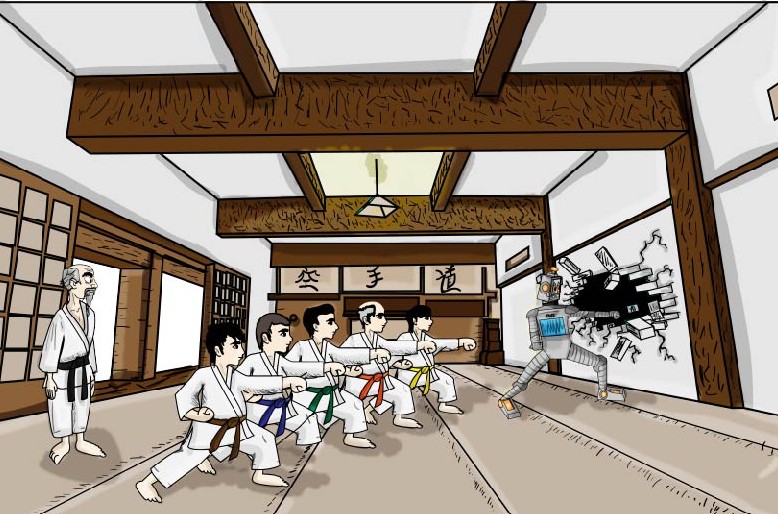 But Sensei said that it took more than a robotic memory to master Karate. He explained that Karate was a path to self-mastery. Sensei then opened a parchment and began to write.

“Beware of impetuous bravery”, and said: “Here is where your Do (path) begins. Never try to show off your skills. You must be able to be measured and tame your spirit. And now, you must be on your way, KOKORO.

The robot looked at him in astonishment, and Sensei added: You have already absorbed the knowledge that awaited for you on this Dojo. The rest you must learn as you follow the path. Your name from now on will be KOKORO, which means “Mind, Heart and Soul”, and that ought to be your goal from now on: to attain fulfillment. 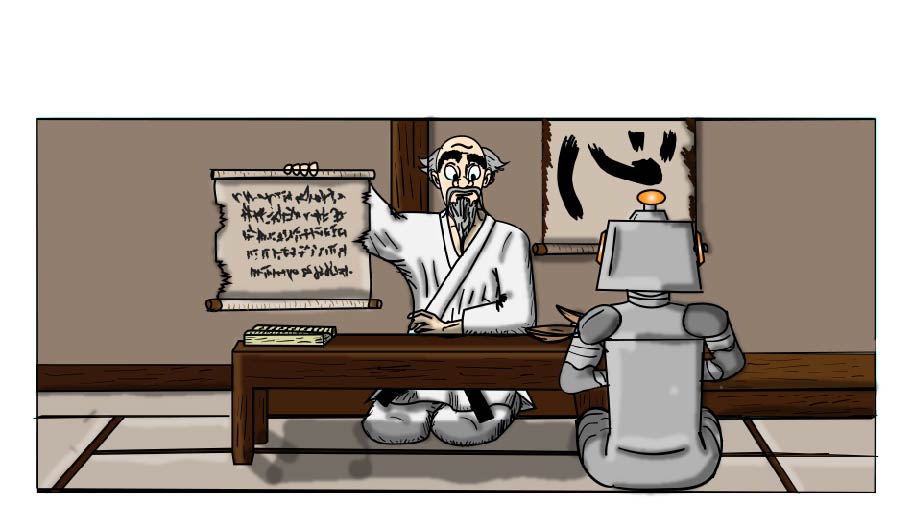 The robot understood that as it hugged the Sensei and the rest of its peers. Its time on that Dojo was up.

KOKORO was getting ready to leave. It carefully studied the map that had been drawn on the parchment, and found a spot marked with an X. A spot Sensei had marked on purpose. KOKORO understood it to be where its next adventure would begin, so it quickly took off hoping to learn something new.