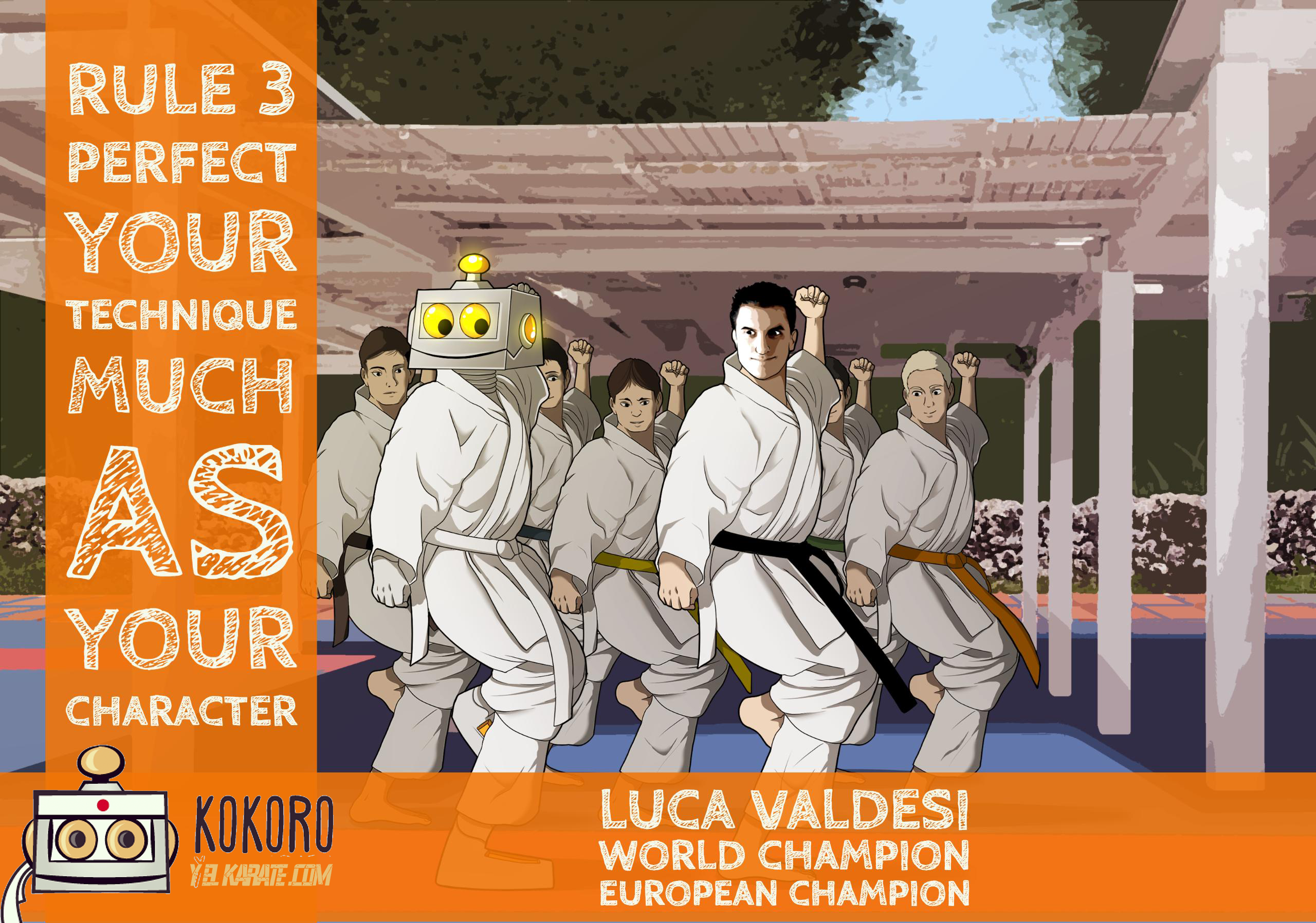 This part of his journey proved to be more pleasant and shorter! Now that he knew the Second Rule that Maestro Lefevre had taught him, his battery didn’t run out and Kokoro was able to switch to road mode and made his way – full speed ahead!

When he ﬁnally arrived, he was surprised to ﬁnd that this time he wasn’t visiting a Dojo, but a grand meeting of some of the greatest Karatekas, called ‘Karate & Relax’! He was even more surprised when he realised that the Maestro that was waiting for him was Sensei Luca Valdesi.

Kokoro was nervous to start learning his next great lesson, but the Sensei explained that it was a relax day and that he would have to have patience. Kokoro was reassured by having this relax day to prepare better to learn, so he waited for the next full day to start!

The following day, Sensei Valdesi performed a spectacular technique session where Kokoro didn’t need to use his strength at all and instead followed to the letter the Maestro’s instructions. In fact, Kokoro followed the instructions so intently that he was only capable of copying the more advanced students and hear the Maestro’s voice and didn’t speak to anyone, nor did he help other Karateca’s around him – he just concentrated on making his own technique better.

Sensei Luca Valdesi made sure that Kokoro had a room where he could enjoy moments of relax and rest, as is normal in Karate & Relax. The room quickly deteriorated after all the bumps and crashes from his metal frame against doors, walls and windows every time he entered and left his room!

Sensei Valdesi said to him:

“Kokoro, the perfection and ﬁnesse in your technique must be qualities that can be applied to the rest of your life and personality – You need to learn how to control your nervousness, learn how to be patient, be more demanding of yourself, rigorous in your good habits, organised…and friendly”

Kokoro looked around the room and saw how disorganised, dirty and broken it was. SO, using the Third Rule that he had learned from Sensei Luca Valdesi, he set about tidying up, cleaning and repairing his room.

When he had ﬁnished, he went to the class and spoke to his fellow students, thanking them for the help that they always provided him in the classes, help that he now realised allowed him to continue improving his technique!

He realized that by being in that group with other great Karatecas, not only would he do his best in the Karate & Relax seminar, but he was making friends with Karatecas Worldwide!